If moose, float planes and the CBC are what it takes to be Canadian, then Whitehorse is Canadian through and through.

In fact, upon arrival, I stepped into the airport shuttle and was greeted by a familiar and very Canadian voice.  Stuart McLean's comforting and lilting stories about Morley and Dave flowed forth from the radio on the Vinyl Cafe.  The following morning, I headed to the CBC building myself for an interview on the Radical Reels show that brought me to Whitehorse.  And the CBC opened their doors to the public that day as part of Doors Open Yukon - a fabulous French concept providing the public with access to buildings they may not normally enter.


I'd love to wander through Whitehorse wearing a webcam. People would likely look at me oddly - but that's nothing new for me, as a redhead prone to getting into awkward scrapes (I actually meant to name this blog Little Misadventure). With my webcam mounted on my carrot top, I could easily transmit the beauty I am seeing to the world: the golden leaves, the low-lying western frontier stores on the main street (aptly named, 'Main Street') and the mighty river that flows through it all.

My new friend Jenny let me know that there are two moose here for each person.  She brought me to the colourful, stunning sights of Fish Lake, Miles Canyon and the Yukon river.  People here are immersed in a landscape that is still wild.  And what I have seen reinforces what I just learned in Alaska.  That life is different here.  Out of necessity, people are resilient, resourceful and in some way READY for what life may bring.


But there is one thing I have to expose.  There's a sort of seniority here in these northern climes.  If I were to move here, I'd be considered a 'cheechako' - a Chinook word for a 'newcomer' or 'tenderfoot'.  I may outgrow the moniker if I were to make it through a winter here and prove myself.  I might even earn the honour of becoming a 'sourdough'!  This term comes from the gold rush days when sourdough starter was used to get bread to rise in the absence of baker's yeast or eggs.  It's used now to define an Alaska or Yukon old-timer.  It's fair.  It takes grit to live here.  Or to borrow a line I love, a little grit and a lot of grace.

The northern strength of character (which can make for some real characters! See 'The Colourful Five Per Cent') is their entry fee.  In return for this price of admission, locals earn unparallelled access to a world that is wild and real.  As my new friend Nancy Oakley of The Yukon Historical & Museums Association so aptly noted,

It's moose hunting season at the moment.  People speak of Salmon runs.  And locals are thrilled about the bountiful Highbush Cranberry haul this year, supported by a long, wet, warm summer.  It reminds me of my friend Celina Harpe, a Cree-Chipewyan elder from Ft McKay -another northerner- who lit up as she spoke of her cranberry harvest this year from Moose Lake.


Float planes bask in the setting sun on Schwatka lake and I can't hear anything but my own breathing.  I just found the perfect quote to capture what I'm feeling.  I borrow this from the beautiful website of local filmmaker Marten Berkman - whose stunning film '2004 Yukon Quest' toured the world with The Banff Mountain Film Festival in 2005.  Incidentally, Marten was the first friendly stranger I met when I disembarked from the plane.

'The civilized people have lost the aptitude of stillness, and must take lessons in silence from the wild.' ~Isak Dinesen

There is a stillness here, an expansiveness, a sense of SPACE.  Is it possible that we humans are somehow...more HUMAN when there are less of us per square foot?  I bet there is some optimal density of human bodies that creates the conditions for the most adaptive, resilient individuals and communities.  In fact, I'm pretty sure it's been studied.  Actually, I know it has been - I remember now that I came across the concept Dunbar's Number when I was helping to form a cohousing community in Calgary.  The point is, getting the right number of people into a place, and just the right number, can increase group members' sense of satisfaction.  And I postulate that they've nailed it here.  It makes me feel resistant to heading home to the relative bustle of Banff...(or as locals here might say, as I head back 'Outside').

Finally - it's worth mentioning, that those romantic ideals I held of The Yukon were right.  I think that most of us harbour some similar romantic notion of 'The North'.  It IS romantic here.  For goodness' sake, it is home to The Klondike, fourteen First Nations and the cabin in which Robert Service penned, The Cremation of Sam McGee!  It helps that attractive men are in such abundance here.  That always serves to up the romantic ante for me. 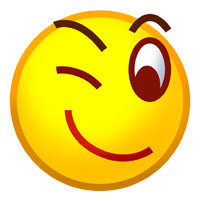 Oh, and did I mention - my hotel actually organizes wake-up calls for guests to see the Northern Lights!  Now THAT's romantic!

And beneath the romance lies something very real - an aliveness, a lust for life and a very deep sense of connection to place.

This small and delicious, gamy taste of the north has simply whet my appetite.  Next I've gotta get me to Dawson.  And drive The Dempster.  Any takers?

Posted by Little Miss Adventure at 09:02