What if I Belong? Ok, Ok, Boulder IS the Best.

A few months ago, culture-shocked and buried in textbooks, I may have grouchily wondered,

"What's to love about Boulder, Colorado?"

Well, a whole heck of a lot as it turns out. I am beginning to buy the hype.  I mean, the place is basically perfect.  Check it out:

I've learned that it's always beautiful in Boulder, Colorado. And that's annoying if you're in a bad mood or have a paper due, but otherwise, helloooooo, it's amazing.  It's like I'm just always in California. But I can still ski and show off my cute toque collection (for American readers, a toque is a winter hat).  Everyone here loves to hike.  And ski.  And climb.  And, and, and....


Check out these front-range Colorado Rocky Mountains below.  They call them the Flatirons.  People just whip up them before breakfast.  Oh, and don't get jealous, but I can see them from my bed. 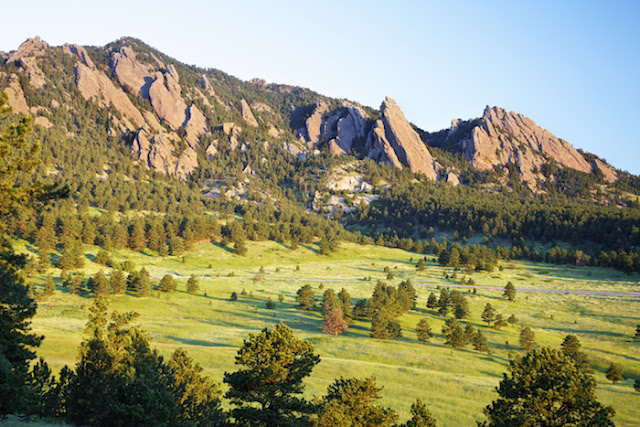 The Best Chai in the World
(outside of India, anyway)

I love chai.  I drink it wherever I go and Boulder has been no exception.  And I don't quite know how to describe it, but the chai in Boulder is just....better.  It's a bit spicier.  With more ginger.  And you can specify just how much ginger or how much spice you'd like.  Almost every coffee shop in town has at least two varieties on tap.  My favourite so far can be found at Spruce Confections.  This is likely because I first found it on a sunny Canadian Thanksgiving day with a best friend. Oh, and there was a live band turning its courtyard into a magical gathering place. 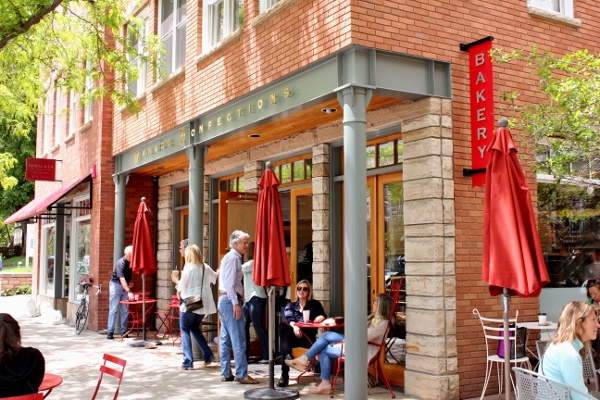 And I can't forget the Dushanbe Teahouse, which was given to the city of Boulder by our sister city Dushanbe, the capital of Tajikistan.  Forty artisans took two years to build the teahouse by hand then shipped it in pieces to Colorado.  Its hand-carved cedar pillars, elaborate rose garden and beautifully tiled interior make a trip to the teahouse feel like a journey to another land. 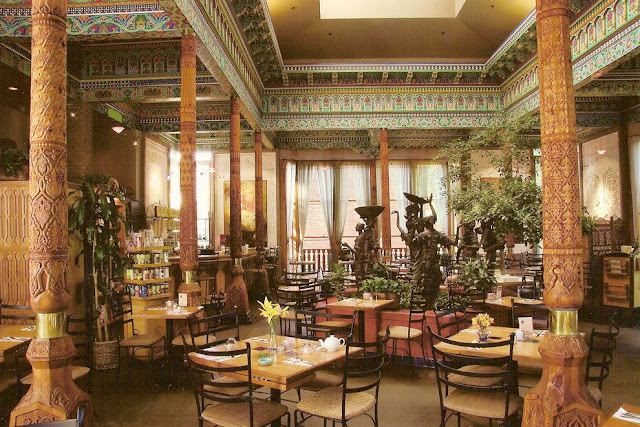 The Music & The Yoga

I'll just combine these two fundamental parts of Boulder under one heading, because otherwise we'd require a month to address each of them.  Folks flock to Boulder for both of these things.  Let's just say that I went to a phenomenal yoga session tonight at the adorable Little Yoga Studio.  Accompanied by live music from Elephant Revival.  All is well.

Actually, I need to say more.  I think I'll describe Naropa's 1974 founding gathering as a sort of "Woodstock West" for literary types.  Early faculty and participants included such illustrious creatives and rebels as Allen Ginsberg, Gary Snyder, Anne Waldman, Ram Dass, John Cage, Joan Halifax, Herbert Guenther and Gregory Bateson.  And I must bow down to the school's founder, Chögyam Trungpa Rinpoche, meditation master, 11th descendant in the line of Trungpa tulkus (important teachers of the Kagyu lineage of Tibetan Buddhism) and the self-declared (??) "bad boy of Buddhism".  This early gathering grew into a University and now you can come spend a summer writing at the Jack Kerouac School of Disembodied Poetics, print your work on an antique printing press, then launch your degree in Interdisciplinary Studies focussed on let's say Peace Studies, Gender & Women's Studies and Social Innovation.  Cool?  I think so.  It's not for the faint of heart, but I'd argue that this is the kind of education that can change the world.

Not being a beer drinker, some of the wonders of the million micro-breweries per square foot are lost on me. But I have really taken a shine to a place called The Rayback Collective.  Its an old junkyard converted into a delightful gathering ground.  There are food trucks, picnic tables, outdoor games and a fire pit with new friends everywhere.  Not to mention that it is literally in my backyard. 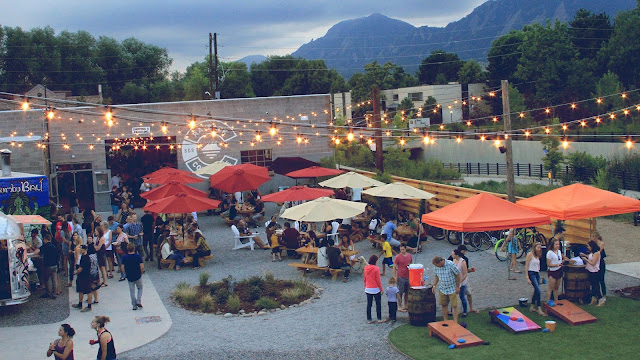 What's not to love?


Posted by Little Miss Adventure at 22:06